I had a week’s holiday in Morecambe in 1993 with my family. We stayed at Middleton Towers holiday camp, just outside the town. Even then, the signs of decline were there. The camp had been stripped of Pontins branding, as the owners were preparing to sell or close it. Instead of Captain Croc we got Percy Parrot – boo.

Indeed, the camp did close after that season. I later saw a news article suggesting that it could be turned into a prison. Having stayed there, I knew how appropriate this was.

That was nearly 20 years ago – what had changed in the intervening decades? Morecambe is rarely mentioned these days as a vital holiday destination; what does it have to offer the discerning holidaymaker? These were questions I hoped to answer, as the train doors swished open and I emerged onto the platform at Morecambe.

Aficionados of Victoria Wood may be surprised to find a station here at all. Wood took part in the BBC’s Great Railway Journeys series, where she did a grand tour of the North of England and Scotland by train. One place she didn’t visit was Morecambe. “They’ve made it into the museum of comedy,” she observed, “they’ve taken the platform away.”

END_OF_DOCUMENT_TOKEN_TO_BE_REPLACED 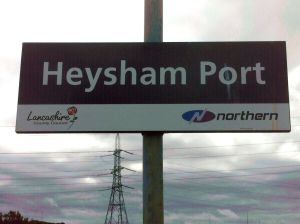 Did you miss me? A combination of work, study and shortage of finances has conspired to keep me off the rails since my epic trip to Cornwall in the Spring. However, I was back out on the line today for what will be (I hope) one of several trips between now and the end of the year.

I clattered out of Lime Street aboard a Northern Rail diesel, swapping it at Wigan North Western for a Pendolino with a distractingly cute train manager. He can punch my ticket any day… 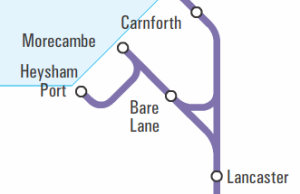