A man on the train was eating breakfast. Not a croissant or even a bacon butty, mind you, but a full bowl of cereal with milk. There were no tables on board, so he balanced his meal on his lap. As we reached Truro, he neatly packed it all away in a little liquid-proof bag. Full marks for creativity – although personally, I would just get up ten minutes earlier and eat at home.

If he wasn’t embarrassed about eating cornflakes, I wasn’t going to be embarrassed about my station-spotting exploits – even if this included (a) doubling back on myself, travelling back to Truro and staying on the train while it reversed at the terminus, and (b) encountering the same guard whom I’d met at Coombe Junction the previous day. She recognised me, and I ended up having a pleasant (if slightly awkward) conversation with her, where I tried to explain what I was doing. It was difficult because I’m not sure I understand my obsession myself. I didn’t mention the blog specifically, but if she does happen to stumble across this site: hello!

The next station on the line is Penryn – the most important intermediate stop on the line, serving a population of 7,000 people and thousands of students at the nearby Tremough Campus.

Penryn was a two platform station, until the line’s passing loop was removed in the 1960s. After this, the line’s capacity was limited to one train at any one time. This was fine in the post-Beeching gloom years, but more enlightened attitudes in subsequent decades attracted more custom to the line, causing passenger numbers to grow to a point were one train per hour was insufficient. 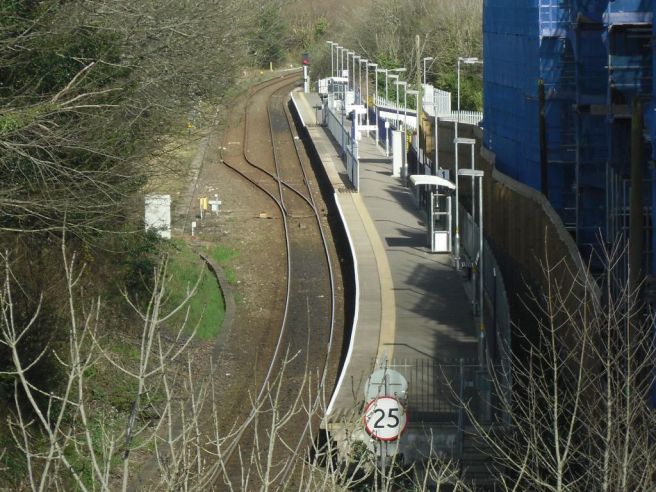 Therefore, in 2009, Penryn passing loop was reinstated. This posed a problem, as the platform serving the loop line was derelict and the footbridge to it had been removed. Health & safety and disability access requirements would have made a new platform and footbridge prohibitively expensive to build, but luckily someone in charge of the project had a bit of lateral thinking skill, and came up with a better solution.

Rather than have two platforms, one serving each direction, the surviving platform at Penryn was extended and divided into two distinct sections.

Trains towards Truro (like the one pictured below) run non-stop through “platform 1” before halting at the far end of the station, in “platform 2”. They then wait there for the arrival of the train from the opposite direction.

When the Falmouth train arrives, it passes the other train and continues beyond the loop into the opposite end of the station, halting at “platform 1”. Having loaded and unloaded their passengers, both trains then continue on to their respective destinations. 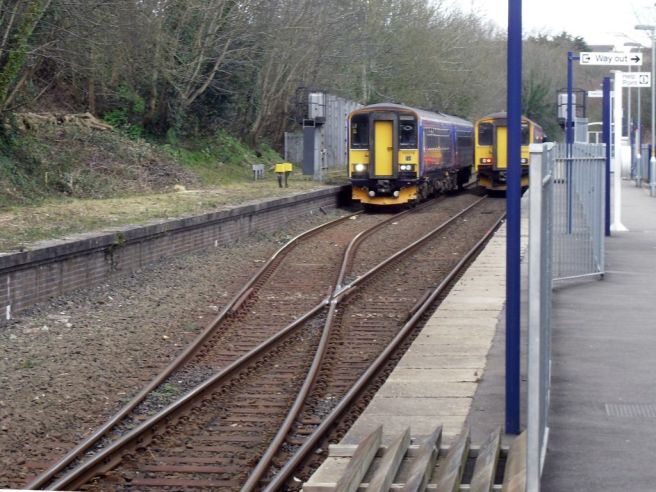 Two trains, one station, one platform – brilliant. It’s also, trivia fans, one of the few places on the UK rail network where right-hand running is in force.

Penryn is no sleepy hamlet. It’s busy enough to have its own gang of scallies (or whatever the Cornish equivalent is) who were happily smoking in the waiting shelter. I ignored them as well as I could while I got my photos. Don’t be discouraged, Penryn – consider it a sign of progress. 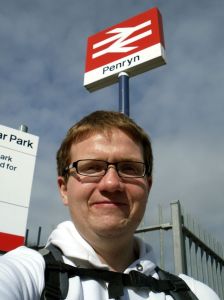 I was on the platform just in time for the next train just half an hour later. At the rate I was clocking up the stations, I was going to be finished by lunchtime!