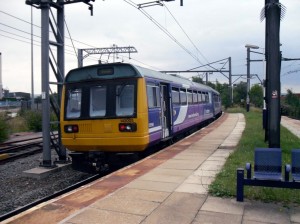 As railways grew rapidly in the 19th century, a large number of stations were opened in the inner cities, just a few miles from major termini. Many of these stations were short-lived and closed in the early years of the 20th century due to stiff competition from tramways, which could serve the densely populated inner cities far better than trains could.

Ardwick station, on the approaches to Manchester Piccadilly, somehow survived this cull, but is now in danger. The district it serves in East Manchester has experienced a long period of steep economic decline and is now one of the city’s most deprived areas. A lot of businesses and residents have left the area, leaving the station without a source of traffic. 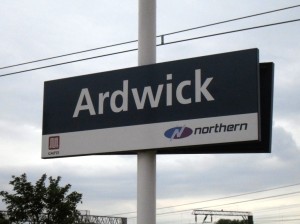 This is reflected in the station’s service levels: just three trains in the morning peak to Manchester Piccadilly, with two return journeys in the evening.

I’ve seen Ardwick many times from the comfort of a Transpennine Express train as we cruised through. It always looked a strangely lonely place, and it was an obvious place to visit for this blog. I was in the area anyway following my trip on the Denton line in the morning, so why not kill two birds with one stone?

Scott and I arrived at Manchester Piccadilly in plenty of time for the 1703 to Marple, one of the two evening journeys that call at Ardwick. The train was busy with commuters heading home but wasn’t overcrowded and we were able to get a seat for the short journey out. We were soon on our way, our train rattling and bouncing over the complex pointwork outside Piccadilly station.

Five minutes later we rolled into Ardwick. Two other passengers got off and one person, a businessman in jacket and tie, boarded. This disappointed me – I’d assumed that this station was another secret known only to a select few. I don’t like to see normal people using it! 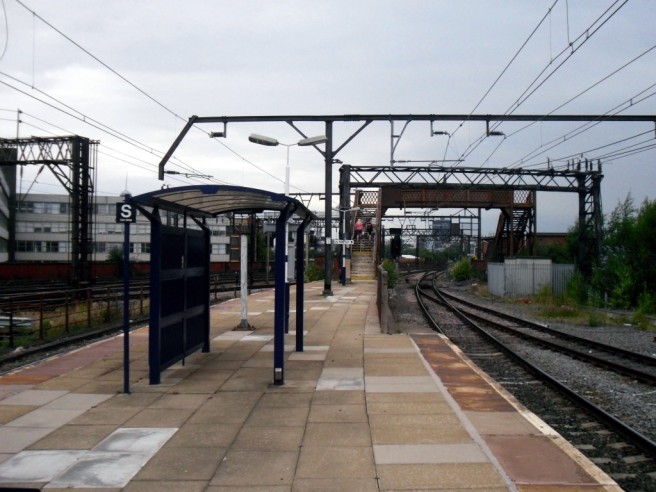 The train disappeared into the distance and we paused to take in our surroundings. Ardwick station is, as you’d expect, basic – a single island platform, marooned amidst a sea of railway on all sides. The station itself is on a busy line, carrying frequent express trains to Leeds, York and beyond, as well as a multitude of local services. To the east is the Transpennine Express depot for that company’s sleek new Class 185 diesel trains, while just to the south the West Coast Main Line branches off, with Pendolinos and Voyagers racing past. The area is a hub of railway activity, but the deserted Ardwick station seemed strangely detached from all that.

There were lots of attractive views from the station, including this waste tip adjacent to the line. Yes, we were in a slightly down-at-heel area. 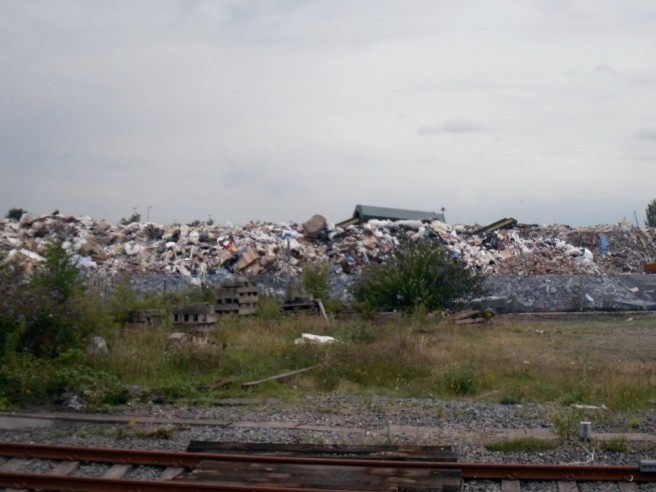 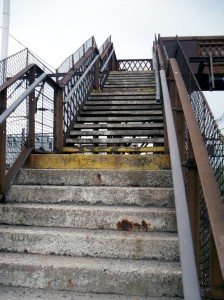 There was no way to get back to Piccadilly by train, so we set out to walk back to Manchester. First though we had to climb the rickety looking footbridge out of the station. I’m sure it’s safe, but even so I let Scott go first to test it.

On the other side of the footbridge was another surprise. We were not yet at street level and instead had to negotiate a narrow, twisting alley to exit the station. All around was dereliction and decay – weeds grew out of the pavement and the walls; abandoned station buildings in various states of collapse towered over us.

For the first time in a long while, I felt unsafe using a railway station. I’m used to Merseyrail with its well-kept, well-used and staffed stations. Ardwick, unloved and unattended, in an area that even the most talented estate agent would find a tough sell, was intimidating. Bear in mind that was a light summer evening: in the winter darkness, despite substantial station lighting, I would not like to be here at all. 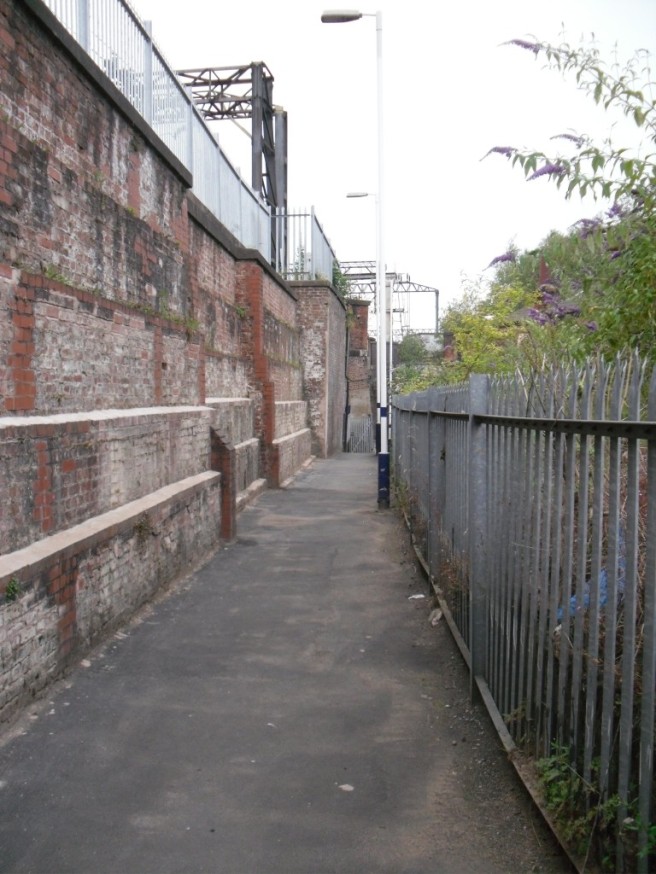 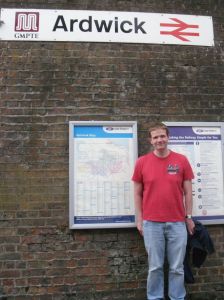 The alley eventually leads into the appealingly-named Blind Lane. I stopped to allow Scott to get the obligatory photo beneath the station sign, then hastily put my camera away lest I become a victim of crime – again.

Blind Lane was scarcely more appealing than the station we had just left. It was a dead end street with brick walls on both sides of the road and little sign of civilisation. Scott and I both agreed that this was not a place to hang around. Fortunately the main road was a short walk away and we were back at Piccadilly station 20 minutes later.

Ardwick, like Reddish South and Denton, has been temporarily reprieved from closure, although Network Rail warn that it’s a goner if it ever needs significant amounts of money spending on it. It’s difficult to make the case for Ardwick, as there is very little around the station that would provide a source of traffic. The station would be an excellent place to dump a body, but that’s about all it has going for it at the moment.

I hope that the promised regeneration of the area will in future provide a catalyst for an upgrade of the station. As it stands though, I’m glad I ticked it off the list and never have to go back.