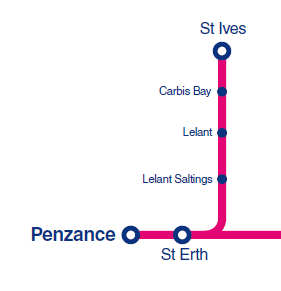 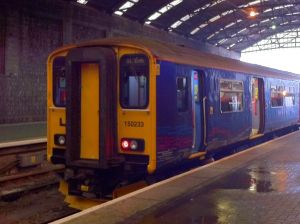 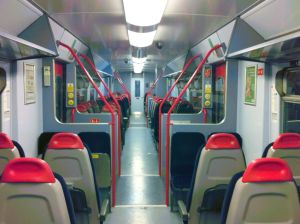 The change from main line to branch line was noticeable. After a speedy run to St Erth, we slowed to a gentle amble as we came off the main line onto the branch proper. A quick stop at the signal box to collect the single line token, and we then set off down the branch, the train’s wheels squealing in protest at the tight curves we encountered.

The first stop on the day’s agenda, Lelant, is the only request stop on the line. In what was becoming a regular pattern on this excursion, the guard only appeared at the very last minute and I only just got my request in before we reached the station. 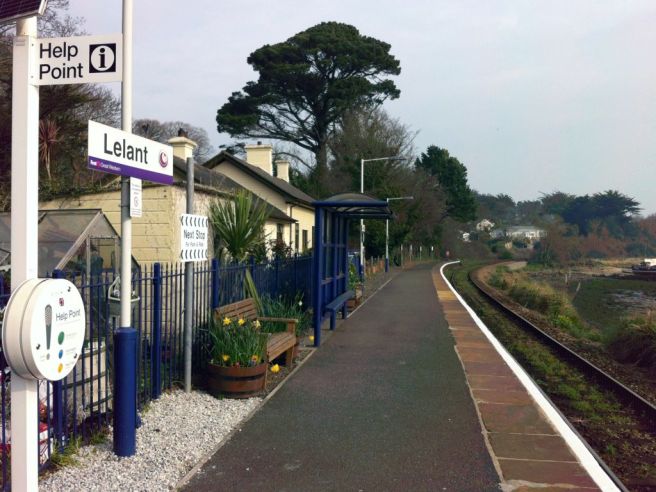 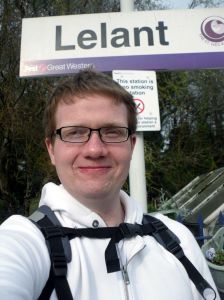 As it turned out, I didn’t need to worry, as an elderly man in a wheelchair was waiting to board at Lelant so we stopped anyway. I watched as the guard got the ramp out to allow him to board. The train is the only public transport in the area, and is probably a lifeline for those whose infirmity leaves them unable to get about by other means.

The eagle-eyed may have noticed that I am visiting the stations out of sequence. I decided to get to Lelant first as it is infrequently served. I reached the station at 0910 and would leave again on the 0930 train. After that, no trains stop there until 1650. Getting this station out of the way first would leave me free to experience the rest of the line at my leisure, as the service is quite frequent (roughly half-hourly, although some services miss out one or more stations). 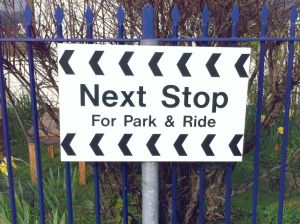 The sparse service here is partly thanks to the new station just a quarter of a mile down the line at Lelant Saltings (of which more later), which has a large park and ride facility and has somewhat usurped this station’s role. You’d think two similarly-named stations located very close together could get confusing, and judging by these big signs, positioned at regular intervals along the full length of the platform, plenty of people have been caught out in the past. 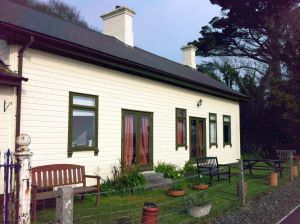 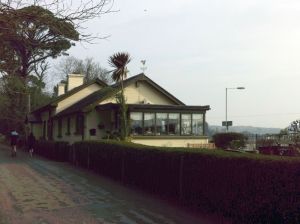 The station building has been tastefully converted into a house. After taking the photos I noticed a man sitting in the conservatory-ish structure, enjoying a leisurely breakfast. I don’t think he noticed me, but on the off-chance he’s reading this: I hope you weren’t alarmed by my antics and you have a very nice house – with a lovely view. 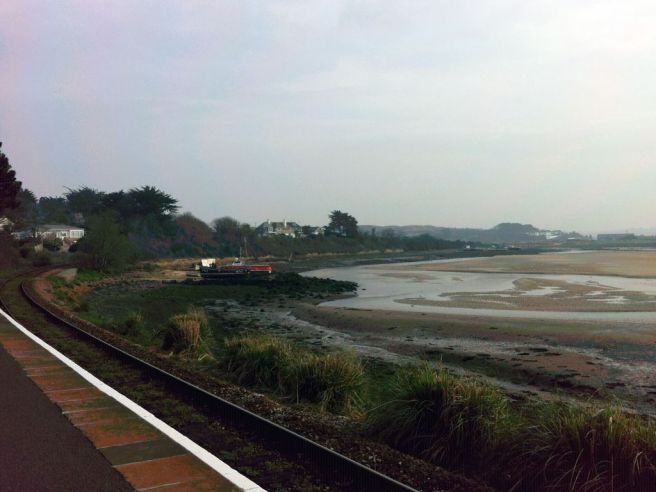 It’s definitely worth putting up with the occasional freak wandering around taking pictures if you could wake up to this every morning. This is the Hayle Estuary – a Site of Special Scientific Interest and a nature reserve managed by the RSPB. A footpath crosses the railway line here, giving access to the beach. 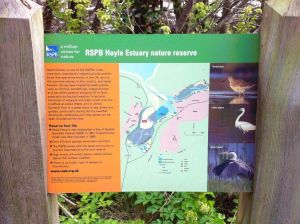 I briefly considered staying a while to walk along the sands, but given the seven hour gap between trains, this probably wouldn’t have been a good idea. I flagged down the 0930 train towards St Erth, and climbed on board for the brief journey to Lelant Saltings.